Pan American’s Worldport Terminal at John F. Kennedy airport in New York is one of the few airport buildings in the world that epitomizes passion for both aviation and architecture at the same time. If it goes, both passions would get a severe blow. It is now totally in the hands of Delta Air Lines and the Port Authority of New York and New Jersey to divert the wrecking ball from blowing the marketing and public relations possibilities that Worldport can give.

Worldport was built in 1960 and its flying saucer roof gave New York’s international gateway a distinctive look. Later it was joined by Eero Saarinen’s TWA Flight Center in 1962 and I. M. Pei’s Sundrome. The three architectural masterpieces defined JFK airport as the leader of innovation in both architecture and civil aviation technology.

The TWA Terminal was preserved and restored. The Sundrome was demolished in 2011. Now work has just begun on demolishing the Worldport. Delta Air Lines vacated the building in May 2013 when it moved to the new gates at Terminal 4. The plan is to tear down Terminal 3, build a long connector between Terminals 2 and 4, and use the space under Terminal 3 for plane parking.

These plans met with a massive wave of protests from heritage preservationists and aviation buffs. They keep petitioning Delta and the PANYNJ to stop and think of reusing the Worldport, especially since in June the National Trust for Historic Preservation named the Worldport among 11 most endangered historic places.

Terminal 3 consists of the historic Worldport and the 1971 appendix. The latter could be safely demolished giving a few opportunities like the return of the original terminal view on all sides and the aircraft parking space then Delta needs. Demolition of the 1960’s piece brings nothing but lost opportunities and a hard blow to Delta’s public image.

There are quite a few suggestions on how to use the historic «flying saucer» Worldport terminal building to everybody’s advantage. I personally support the idea of turning it into a premium international terminal/facility with club lounge space and the original 6-8 gates that Delta would certainly find useful together with its new partner Virgin Atlantic Airways. A museum and world-class airport restaurant could fit in perfectly as well. And an observation deck of some sort always drives people towards it.

As has been said, demolition of the 1971 concourse would give Delta parking space as well as would open the Worldport southern side to view. Preservation of the Worldport is way better in terms of connecting terminals 2 and 4 than an ugly long walkway. The return of the famous zodiac figures to the building’s façade together with complete rehabilitation of the terminal to clear it from clutter and repair its many wounds from recent years’ neglect would make everyone proud of having the architectural gem back.

There are numerous options for both Delta Air Lines and the PANYNJ to use the restored Worldport terminal in their operations, marketing, public relations affairs, advertising. I see no reason why this cannot be a commercially viable option. It just needs to be done right. The only right thing to do is preserving the Worldport for current and future generations of loyal customers for whom the restored Worldport will be the gates to America looking proudly into the future. 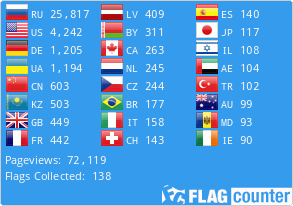